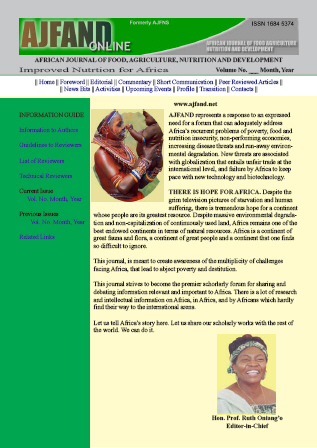 In the tropics, staples such as maize are often contaminated with mycotoxins, harmful by-products of fungal metabolism. In particular, high exposure to aflatoxins may cause fatal illness in people and animals, while chronic exposure can cause liver cancer in humans and, in domestic animals, growth depression and immune suppression. However, little is known about the potential health risks of milk contaminated with aflatoxins. Moreover, because of different consumption patterns and biology, men, women, boys and girls may experience different levels of risk, while because of gender roles, men and women may have different capacity to mitigate risk; yet, there are few gendered analyses of aflatoxins. This study conducts a qualitative, gendered study on awareness and perceptions of mycotoxins and how these influence risk of dietary exposure to mycotoxins among dairy farmers in Kenya. First, a risk map was developed based on previous occurrence of aflatoxicosis and relevant factors such as farming systems and dairy cattle density. This resulted in three risk categories: high risk with historical outbreaks of human aflatoxicosis, high risk without historical outbreaks and low risk with historical outbreaks. From each category, three districts were randomly selected and from each district, three villages. A focus group discussion (FGD) tool was developed and used for interviews to assess factors related to the potential risk of exposure to mycotoxins in identified risk regions and how perception of risk and risk management differed by gender. In each village, two sex-disaggregated FGDs were conducted, yielding a total of 54 FGDs. This study found that overall risk categories, awareness of mycotoxicosis and carcinogenic effects was generally low, but awareness that eating mouldy food is harmful was high. Women were more cautious than men about feeding spoilt maize to cattle. Preventive measures against fungal contamination were more common post-harvest than pre-harvest. With respect to dairy cow diets and disposal of mouldy foods, women were key decision-makers. Although commercial feeds are expensive and may be contaminated with mycotoxins, farmers regularly fed them to their cattle in low quantities to potentiate milk production. Milk was mainly sold for income generation. The farmer families consumed milk mainly in tea, which was not given to children below school-going age, thus reducing exposure to mycotoxins but also the nutritional benefits of milk. Meat was considered safe even if the cattle had been fed mouldy feeds. This study shows that there is a low understanding of the dangers of mycotoxins in food, and that certain practices among farmers may increase the risk for exposure. Gender analysis reveals that groups having knowledge are not always responsible for risk mitigation.