Join Carol Colfer and other speakers in this virtual conversation on March 4 as they help us understand how notions of  masculinities and feminities have framed how women and men engage in forest activities not only in communities but also in development and practice in careers around forestry, rural development and conservation. These notions frame not only how we manage forests but also how we approach certain issues around men’s domains.

Register in advance for this meeting here.  After registering, you will receive a confirmation email containing information about joining the meeting.

The role of masculinities in development

Masculinity consists of those behaviors, beliefs and ideals, existing in specific cultural and organizational locations, which are commonly associated with men. In most cultures, notions of masculinity are often constructed as the antithesis of femininity. ‘Real men’ are logical, dominant and tough, while women are emotional, submissive and fragile. As initially argued by R. W. Connell, dominant forms of masculinity have often served to legitimize male dominance over women, through – for instance – associating masculine traits with positions of power. Historically, gender-driven development projects have often adopted a single focus on women. However, by ignoring the ways in which masculinities are embedded in the domains where change is pursued, many initiatives have faced backlashes from men who perceive their authority to be undermined. At the same time, increasing evidence is also illuminating ways in which dominant masculinities lock men into rigid positions, characterized for instance by resistance to adversity or to help-seeking behavior.

In times of distress, such factors can constrain men’s coping strategies while amplifying a sense of shame and failure. Indeed, such notions of masculinity have been connected to farmer suicides in e.g. India  and Australia as well as increases in gender-based violence during the ongoing pandemic. As mainstream discourses on gender and development are beginning to grapple with gender as social power relations rather than a synonym to ‘women’, researchers have begun to increasingly interrogate rural masculinities. Yet to date, such issues have received little attention in the context of tropical forestry.

They have a significant role in reducing the risk of natural disasters—floods, droughts and other extreme events. At global level, forests mitigate climate change through carbon sequestration, contribute to the balance of oxygen, carbon dioxide and humidity in the air and protect watersheds, which supply 75% of freshwater worldwide.  Good forest management is essential to supporting and balancing stakeholders’ needs while protecting the sustainability of forests and their goods and services.  Research, conducted among local communities who comprise key stakeholders and rightholders of forests, is now unveiling new gender dimensions that could lead to better outcomes not only in forest management but in other domains of rural development, water, conservation and agroforestry.

In her 1997 paper on men, masculinities and gender in development, Andrea Cornwall noted:

By disregarding the complexities of male experience, by characterizing men as ‘the problem’, and by continuing to focus on women-in-general as ‘the oppressed’, development initiatives that aim to be ‘gender-aware’ can fail to address effectively the issues of equity and empowerment that are crucial in bringing about positive change.

Carol J. Pierce Colfer agrees with this notion in a recent publication “Masculinities in Forests”. A Senior Associate Scientist at the Center for International Forestry Research (CIFOR) and a visiting scholar in the Cornell University Southeast Asia Program, she overturns some previously held assumptions that men are mainly dominant oppressors who always control resources and monopolize power over women. Her book recognizes that some forest-dwelling men are shaped by racial, occupational or other identities that put them at a disadvantage in comparison to some other men and women; and she lays out several different, locally dominant views of manliness that stipulate different interactions and values pertaining to forests.

By drawing on her personal experience both in research and development, Colfer explores these issues by analyzing different cases, that vary across cultural and geographical locales providing interesting insights to understand how masculinities play out across diverse cultural contexts, sectors and  governance levels. 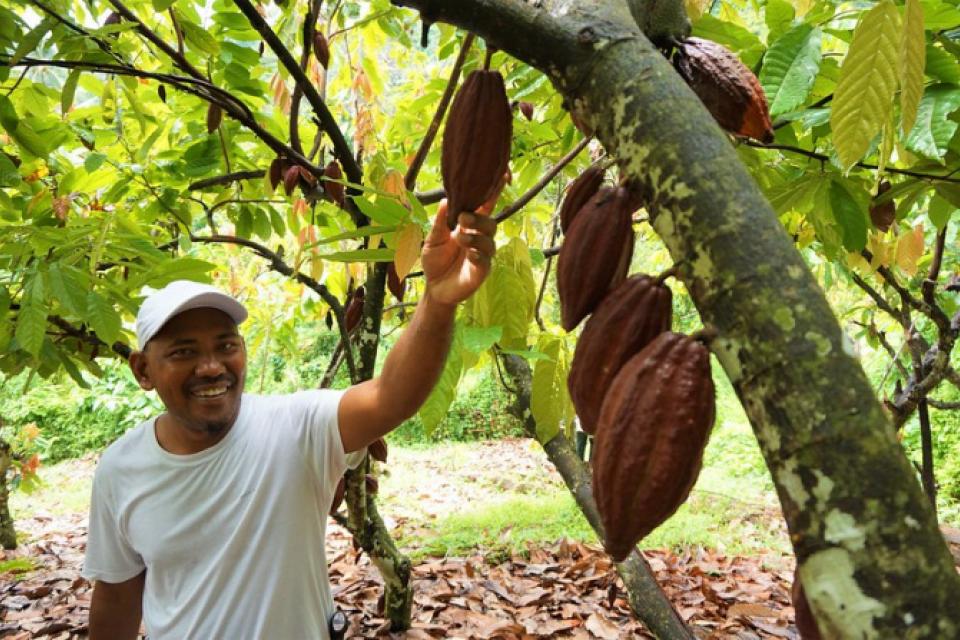 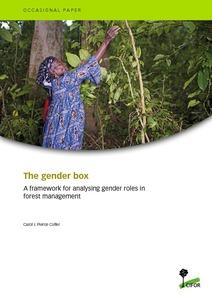 The gender box: A framework for analysing gender roles in forest management

Where are the women? A review and conceptual framework for addressing gender equity in charcoal value chains in Sub-Saharan Africa