Greater participation of women in the workforce can increase a household’s income and allow them to purchase a more diverse food basket.

The generally held belief is that when women take up work outside the home, it can increase their time burden and leave them with less time for cooking and producing other food items. Consequently, it could impact the nutritional intake of their households because fewer food items would be prepared. The exhaustion from an increased time burden could also harm women’s health. And these impacts could be aggravated if men do not share the additional time burden to compensate for the potential loss in women’s time.

It is therefore important to evaluate the implications of policies aimed to enhance women’s labor force participation, considering these generally held beliefs.

In our recent study, we find that women’s increased labor force participation in fact improves the dietary diversity of the household, with no reduction in the number of home-produced food items or the monetary value of home-produced food and non-food items. Notably, our results also rule out any adverse effects on the health of women due to their higher participation in the labor market.

Our study used a unique panel dataset of 832 rural households from 18 villages in the semi-arid tropics of India, spanning the states of Andhra Pradesh, Gujarat, Karnataka, Maharashtra and Madhya Pradesh. Data was collected from the same households across three seasons: (i) Kharif (July-October), (ii) Rabi (November-March) and (iii) Summer (April-June) during 2009-2014, which allowed us to account for seasonality in consumption patterns. The data was drawn from a farm household panel dataset provided by the International Crops Research Institute for the Semi-Arid Tropics (ICRISAT).

In our analysis, we have used a household fixed effects model that controls for the observed household characteristics and annual village trends. We substantiated our results with multiple Oster bounds to show that our estimates are not likely to suffer from omitted variable bias.

We find evidence showing that as the number of workdays of women increased, the number of food items being consumed by the household also increased. We also find that the observed positive effect of women’s increased workdays on dietary diversity was over and above what can be explained by the increased income of women. This indicates that the increased dietary diversity is not due to the increased income enabling the purchase of a more diversified food basket alone, but is associated with other potential effects that improve dietary diversity, such as exposure to new information on alternative dietary practices and awareness of new eating patterns and preparation techniques as well as economic empowerment.

Previous studies have raised concerns about the potential reduction in dietary diversity due to fewer food items being produced by the household if women’s time availability for this decreases. However, we did not find this relation to be true from our dataset.

On the contrary, in our study, a higher number of women’s workdays also improved the home-produced dietary diversity, over and above what would have been possible due to increased income. This could potentially be explained by the increased exposure to information, as mentioned above.

Also, women’s increased time burden could be hypothesized to reduce the production of food and non-food items by the household, both for self-consumption and sale on the market. But we did not find any negative impact of a higher number of women’s workdays on the (inflation-adjusted) value of the goods produced by a household.

Differential effects by nature of engagement

Our analysis underscores the importance of the nature of engagement in the labor market as it determines the underlying mechanisms through which women’s labor market participation operates.

Employment of women in paid work (i.e., engagement in wage activities in the farm or non-farm sector) that is not influenced by men (unlike when they labor on the family farms) enables women’s agency and increases their independence in intra-household decision-making processes. This includes decisions on various domains such as credit, investment, sale of farm produce, household maintenance and children’s education. This allows women to direct more resources toward nutritional food items.

Labor force participation may also provide women an increased exposure to different dietary practices and eating patterns that they incorporate to improve the diversity of their food basket.

Unpaid work (engagement in the family farm or livestock) by women does not offer exposure and independence from the influence of men. Hence, we see no improvement in the empowerment of women. But it does add to the variety of food consumed by the household as women spending more workdays in unpaid employment directly increases the number of food groups they produce for consumption by their households.

Engagement of rural women in the labor market not only generates income that relaxes the budget constraints of the household, but the ensuing financial independence empowers women by increasing their say in household decision-making processes. As empowered women have better control over the food choices they make for themselves and the household, they direct a greater share of resources toward the consumption of a more diverse food basket. This improves the nutritional intake and health outcomes of the household, without any pernicious effects of an increased time burden on women.

The findings from the study accentuate the potential to harness synergies between nutrition-enhancing and women’s employment-generation schemes to address the malnutrition challenges faced by developing countries. It highlights the need to design appropriate interventions to increase women's participation in the rural labor force. 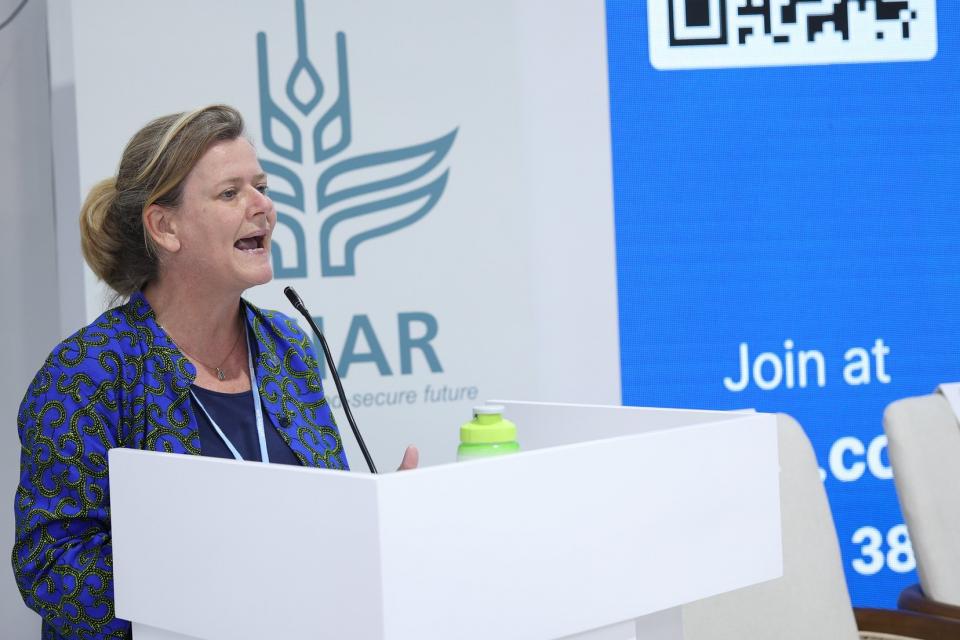 A call from Sharm-El Sheikh to reimagine our food systems 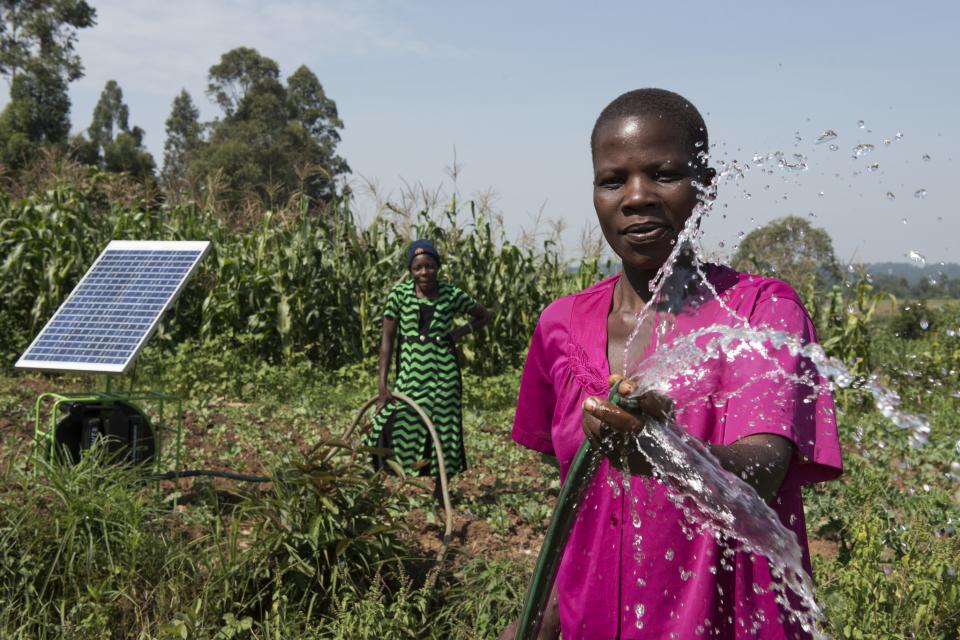 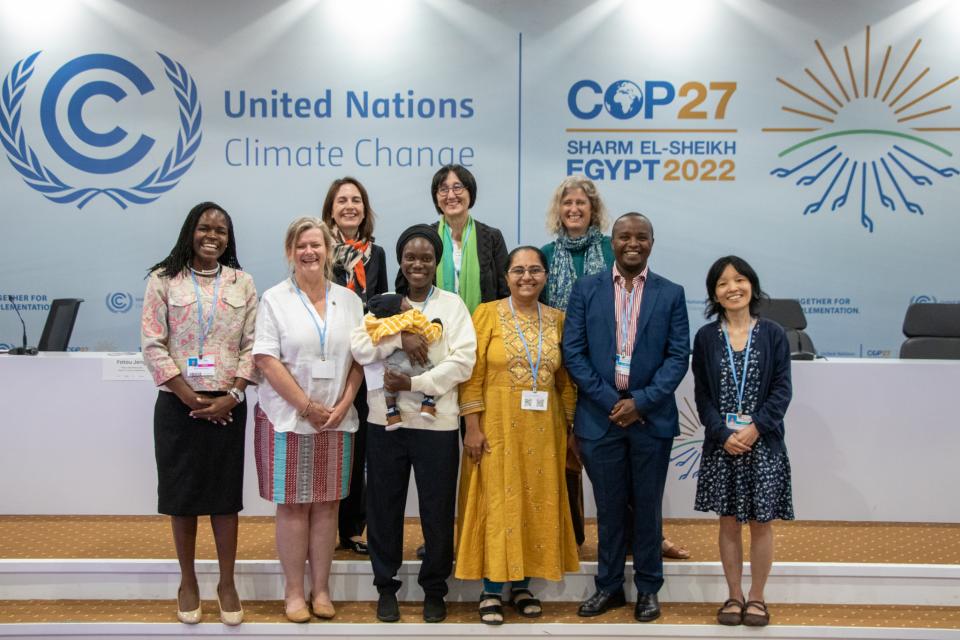 Women and girls can transform food systems for climate resilience