What happens to women’s control over 'women's crops' when these crops find a market?

This post was first published by the CGIAR Research Program on Policies, Institutions, and Markets (PIM). 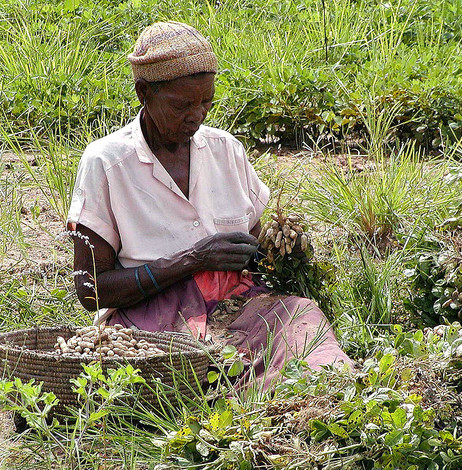 “Women’s crops” is a familiar feature in writing about smallholder agriculture in Africa south of the Sahara. Although not always easy to define, they generally refer to crops grown by women for home consumption rather than for sale. The growth of domestic and regional markets has opened new opportunities for commercializing these crops. This is good news for women – unless men muscle in and take control of the income, leaving women to do the work. This was the widely reported experience when the commercialization of rice occurred in the Gambia. We wanted to revisit this issue of gender and commercialization. What happens to women’s control when these crops find a market?

We developed a ‘women’s crop tool’ that measures how much control women have over different crops. We used this tool to compare women’s perceived level of control at different stages of commercialization and to compare the perceptions of men and women regarding women’s control.

The tool maps out  up to four crops’ (C) and key decisions made about each crop (D) that are weighted according to their relative importance (W) and scored according to the level of control (S) that women have over each decision. 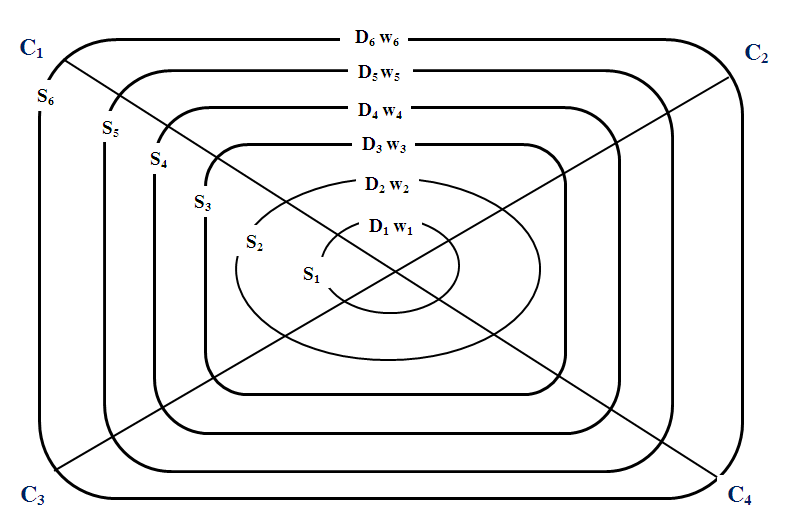 We implemented this tool in Zambia, where the Eastern Province Farmers’ Cooperative (EPFC) works with farmer groups to supply improved groundnut seed and has introduced portable, hand-operated machine shellers to replace shelling groundnuts by hand. To test the ‘women’s crop’ tool, we used a mixed methods approach: Focus Group Discussions (FGDs) in six villages with EPFC groups at different levels of commercialisation and a survey of 200 households. All participants were members of EPFC groups.

For the FGDs, we copied the Women’s Crop Tool onto a wall chart. First, we asked participants what word they used to describe control over decisions about crop production or sale. Four different Chichewa words were suggested. They varied in meaning from ‘being in charge’ (kulamulira) to ’following an agreed plan or procedure’ (ndondomekho). Although this meant it was not possible to use a common definition across all six villages, we ensured a common understanding of ‘control’ by using kulamulira as a reference point in all the FGDs. Next we divided participants into male and female groups and asked them to give weights to each of the main decisions about the crops and, on a scale from 0-100 percent, identify how much control they believed women had over each decision. 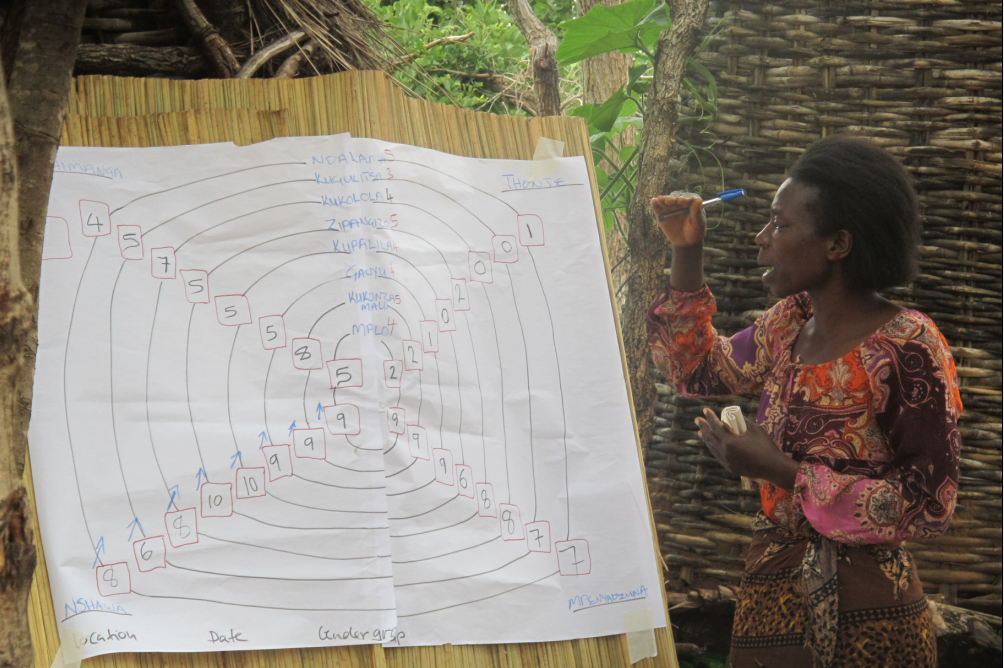 For the household survey, we selected a random sample of group members. We then adapted the tool to fit a questionnaire format. To minimize the risk of biased responses, we interviewed wives and husbands separately.

Both women and men saw groundnuts as a ‘women’s crop’. Women controlled the major decisions featured in the women’s crop tool. Cotton, on the other hand, was seen as a ‘men’s crop’ with nearly every decision firmly under male control, while for maize, decisions were shared. Sunflower, the fourth crop, was like groundnuts seen as primarily a women’s crop. Each FGD compared the same four crops.

Not a zero-sum game

Compared to the household survey, the FGDs gave more extreme results. The FGDs functioned as a public arena in which women defended their ‘right’ to groundnuts because it was traditionally a ‘women’s crop’, while men staked their claim to control groundnuts because it was now a cash crop, just like cotton. Commercialization challenged the conjugal contract in which women farmed for subsistence while men earned the cash income. Hence, commercialization challenged the very meaning of ‘women’s crops’. Not surprisingly, the results generated heated debate.

While women defended their right to groundnuts as a ’women’s crop’, however, they also welcomed greater male participation in shelling, seeing it as a liberation from long hours of shelling by hand. They also saw commercialization as a way of increasing income for the whole family, rather than just more income for themselves.  While striving to keep control, women also recognized the benefits of cooperation.

By framing the research question in terms of ‘women’s crops’, we were framing commercialization as a zero-sum game. Women either lost or gained control. But the FGDs revealed that women did not see commercialization as simply a question of control and winners and losers. They saw it as an opportunity for the whole household to benefit and were willing to trade some control in exchange for a higher income and a reduction of drudgery.

Alastair Orr is an agricultural economist with ICRISAT based in Nairobi, Kenya. His current research focuses on smallholder value chains and sorghum and millets in Eastern and Southern Africa.

This post is part of EnGendering Data, a blog on collecting and analyzing sex-disaggregated data to improve the knowledge base on the role of gender in agriculture and food security,  maintained by the CGIAR Research Program on Policies, Institutions, and Markets (PIM).