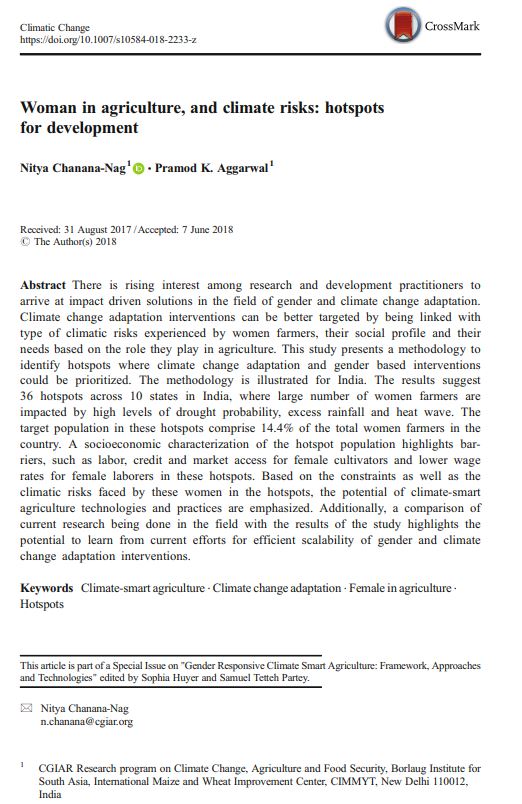 There is rising interest among research and development practitioners to arrive at impact driven solutions in the field of gender and climate change adaptation. Climate change adaptation interventions can be better targeted by being linked with type of climatic risks experienced by women farmers, their social profile and their needs based on the role they play in agriculture. This study presents a methodology to identify hotspots where climate change adaptation and gender based interventions could be prioritized. The methodology is illustrated for India. The results suggest 36 hotspots across 10 states in India, where large number of women farmers are impacted by high levels of drought probability, excess rainfall and heat wave. The target population in these hotspots comprise 14.4% of the total women farmers in the country. A socioeconomic characterization of the hotspot population highlights barriers, such as labor, credit and market access for female cultivators and lower wage rates for female laborers in these hotspots. Based on the constraints as well as the climatic risks faced by these women in the hotspots, the potential of climate-smart agriculture technologies and practices are emphasized. Additionally, a comparison of current research being done in the field with the results of the study highlights the potential to learn from current efforts for efficient scalability of gender and climate change adaptation interventions.