Our review of literature showed that women and men farmers in sub-Saharan Africa show some similarities and some differences in the traits they look for in banana plants. Gendered preferences are also evident among actors in the rest of the banana value chain. However, the literature is scant: only 44 papers focused on farmers’ preferences for banana traits, and only four of these included gender-specific data.

Women said they preferred banana cultivars that can push up many new shoots (suckers) around their base, mature early, adapt to poor soils and that have leaves that can be used for other purposes, such as cooking. They also sought cultivars with both cash and food value (e.g., Cavendish ‘Lacatan’ dessert and ‘Uganda green’ cooking types) that were rich in flavor, soft in texture and with a deep yellow color when steamed.

Men said they preferred good taste and color, commercial dessert types of Cavendish (such as ‘Valery’ and ‘Grand Nain’), and big bunches for market.

Women and men both prefer bananas with traits that support cultural uses, for women at birth ceremonies, and for men at funerals. Both prefer certain agronomic characteristics: resistance to weevils and black leaf streak, big bunches, big fruit and good taste.

We found that women and men banana farmers often face similar production constraints. They share some common goals for bananas, such as food security and ceremonial uses.  They both prefer cultivars that produce big bunches and fruit with a commercial value. Where their preferences diverge is with gendered differences in roles. Women, who sell suckers for income, mentioned traits related to production (i.e., high suckering ability and early maturity). Men, who use bananas in making juice and beer, emphasized consumption-related traits (i.e., good taste and color).

Improving knowledge of the scope of preferences and building an understanding of women’s preferences are essential for informing banana breeding research and for informing where resources should be allocated in order to build a useful evidence base. This is particularly important because the adoption rates of improved new cultivars are low, and lower than for other staple crops, despite the economic importance of bananas in sub-Saharan Africa.

Different roles of women and men not considered in research

Differences in gender preferences might stem from the different roles that women and men play in the banana value chain, for example cooking for women and beer production for men.

Farmers often associate new cultivars with increased labor burdens, for example having to de-leaf to produce bigger fruit or dig bigger holes. A perceived increase in work might have different negative implications for women and men farmers, depending on their roles and responsibilities in the production system.

The lack of publications presenting gender-specific data about the preferences of women and men, suggests a need for donors and research funders to integrate gender and social inclusion into their funding criteria. There is also a need for scholars, scientists and development practitioners to focus on the knowledge, needs and preferences of the women and men with whom they work — the people whom the research is intended to benefit.

The methodological descriptions of the studies we reviewed were sound. They were published in reputable, peer-reviewed journals or as grey literature, mostly theses and dissertations. Some of the researchers who presented undifferentiated trait preferences might actually have collected sex-disaggregated data, but did not use it.

However, without data on gender preferences, there is a risk that resources for breeding new banana cultivars might be misallocated or the needs of particular end users ignored. This could lead to less secure food supplies and missed opportunities to improve agricultural productivity.

Demand-led breeding programs will benefit researchers as well as farmers

The evidence shows the need for demand-led breeding efforts so that new cultivars are better adopted and local livelihoods are improved. This would entail sustained transdisciplinary work between researchers and the farmers they target, to get a more accurate understanding of the needs of  producers, sellers, processors, consumers and why they make the cultivar choices they do. This would require understanding the economic and social contexts both women and men operate in.

Our review also indicates that the current studies provide only partial information on the needs and preferences of some end users in limited geographical locations. Effort is required to build quality evidence on quantifiable and heritable traits that breeding programs can use when they focus on value chains and social inclusion in agriculture.

Women and men have gender-specific knowledge on production, processing and consumption of particular cultivars. Therefore, a gender-sensitive approach can improve the efficiency and effectiveness of research that aims to support development through banana breeding programs. Eliciting gender trait preferences prioritizes everyone’s local knowledge and context, and can help redress the unequal power relations between scientists and farmers. 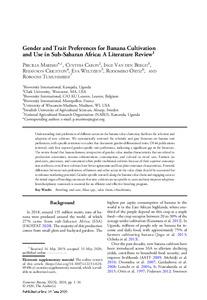 Gender and Trait Preferences for Banana Cultivation and Use in Sub-Saharan Africa: A Literature Review1 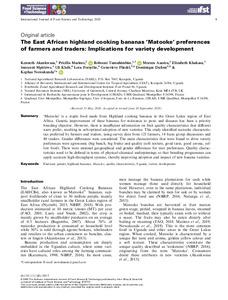 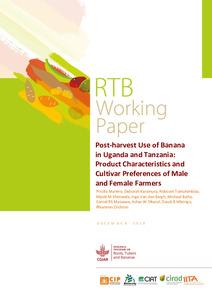 Post-harvest use of banana in Uganda and Tanzania: Product characteristics and cultivar preferences of male and female farmers

State of the Knowledge for Gender in Breeding: Case Studies for Practitioners 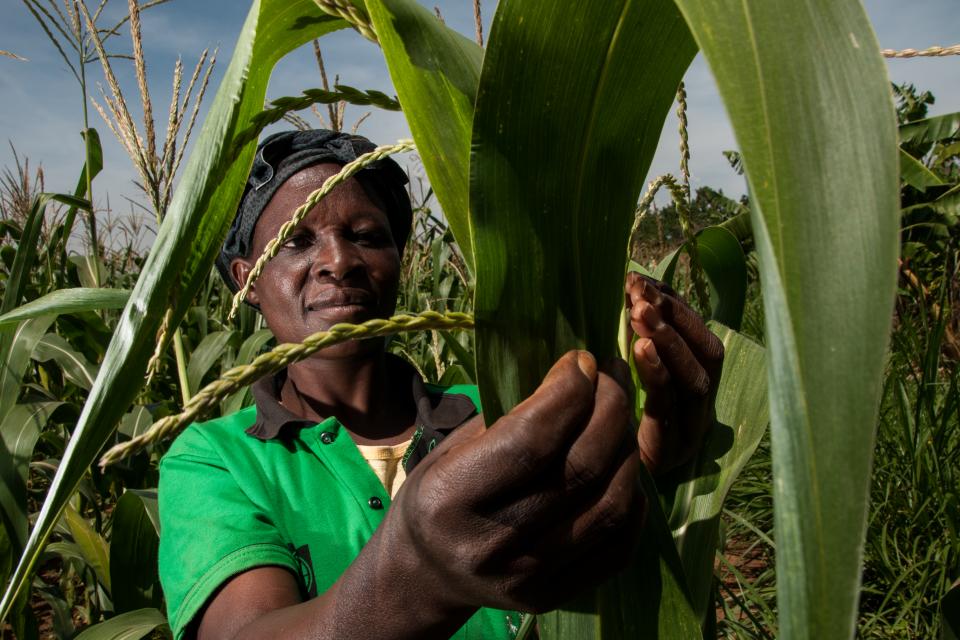 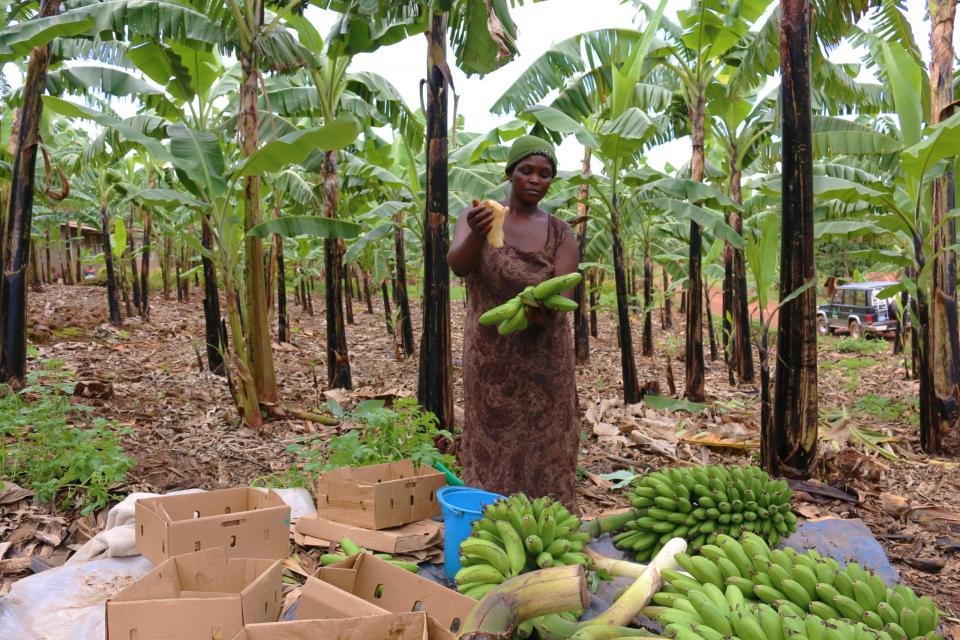 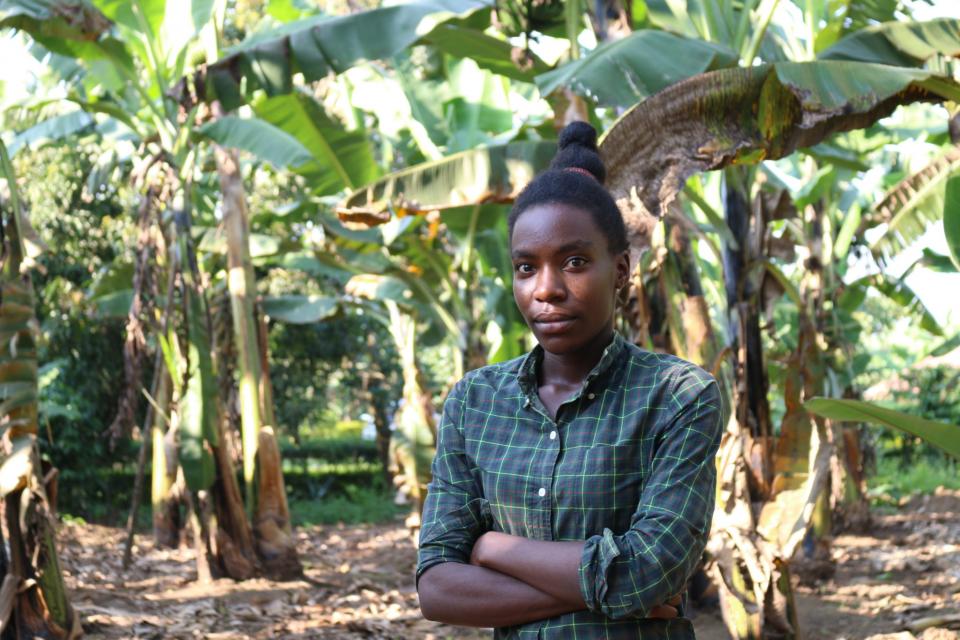 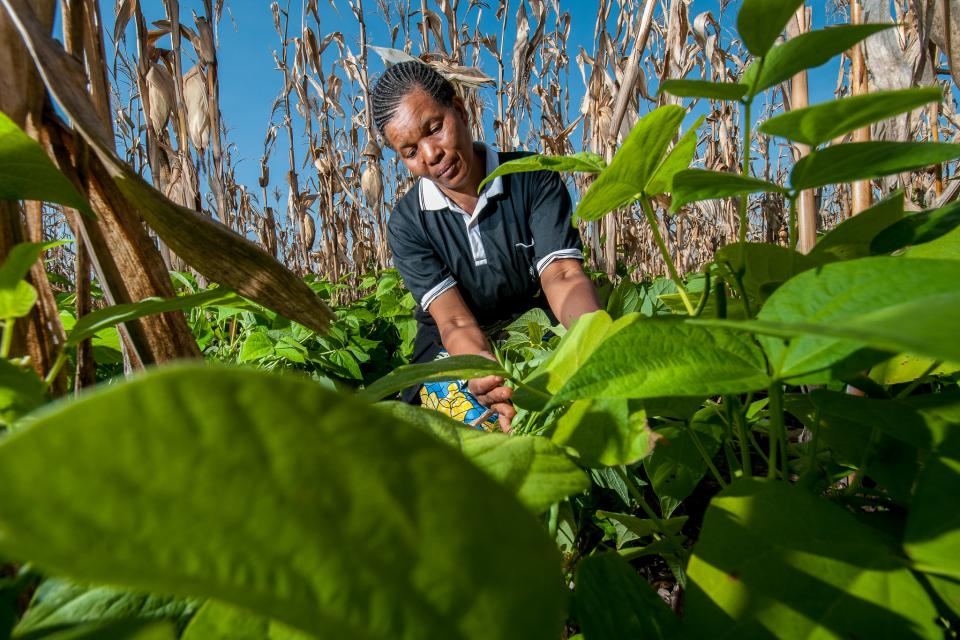