In the past, methods for measuring women’s empowerment have often relied on indicators defined by outsiders. In a recent project in Bangladesh, we worked with local communities to gain an insider’s perspective and create a custom scale to better capture what women’s empowerment means for them.

Self-efficacy is a person’s judgement of their own capability to successfully perform a behavior. It is often included as an indicator when we measure women’s empowerment because the ability to pursue one’s own goals is a key tenet of empowerment.

However, there are different ways to measure self-efficacy. The General Self-Efficacy Scale (GSES) is one measure that is included in the Women’s Empowerment in Agriculture Index (WEAI) and is considered a potential determinant of household resilience capacity. The GSES was developed by academics and researchers from an etic, or “outsider” perspective. Though the GSES has been used in many contexts and proven valuable for women’s empowerment, we wondered if we could strengthen our programs by using definitions of self-efficacy relevant to the target population.

In 2021, Helen Keller International conducted a small pilot study called “Exploring self-efficacy in the sociocultural context to improve measurement and understanding of perceived self-efficacy.” The methods were adapted from cognitive anthropology’s cultural domain analysis to develop a scale that measures women’s perceived self-efficacy using definitions and meaningful language provided by the respondent population. This is called an emic perspective in anthropology, which means “insider”.

We then used our emic perceived self-efficacy scale to compare performance with the etic GSES, based on how well it captures the relationship between self-efficacy and resilience capacity (adapted from the methodological guide produced by the Resilience Evaluation, Analysis, and Learning (REAL) award), food security and nutrition. Additionally, we wanted to assess how well the cultural domain analysis approach could be used in different cultures to identify a culture-specific perceived self-efficacy scale. To test this, we collected data from and collaborated with participants in three distinct cultures in the Chattogram Hill Tracts of Bangladesh.

What is cultural domain analysis?

Cultural domain analysis assumes cultural knowledge is shared by members of a culture. Through iterative data collection steps, both qualitative and quantitative, cultural domain analysis identifies the content and structure of that cultural knowledge and transforms it into a quantitative measure of sociocultural norms. In other words, this approach helps operationalize culture as an indicator to better understand why some people do or do not, for example, adopt the practices promoted by a project working to achieve women’s empowerment.

The first step in data collection is to identify ethnographic key informants, or people within communities who become our cultural advisors. Not only do they provide an initial interview, but they continue to be research collaborators throughout the process to help us outsiders understand what we are finding in the data. Next, a simple but effective free-listing exercise produces an initial blueprint for the most important items included in a definition of self-efficacy. Using the results from the first key informant interviews and the free lists, draft agree/disagree statements are developed, and a survey is administered to another group of respondents.

Before conducting either survey, the statements are presented to discussion groups for feedback. This ensures the wording and concepts are understood, meaningful and well reflect the domain of self-efficacy.

Are we missing critical information for effective and sustainable programming by not understanding contextual definitions of self-efficacy?

In short, yes. When we conducted a cultural domain analysis across the three participating cultural groups in the Chattogram Hill Tracts of Bangladesh, we found that men and women explained the concept of women’s self-efficacy not just in terms of perceived agency like the GSES does. They also defined women’s self-efficacy in terms of access to resources, support from family and community, and behaving well according to social norms. In fact, across the three cultures, behaving well was necessary to have social support, which was necessary to be confident, or have self-efficacy. However, how “behaving well”, “social support” and “confidence” were defined varied across the three cultures. Due to the different definitions found between cultures, we developed a variation of a perceived self-efficacy scales for each cultural group.

When participants define self-efficacy for measurement, a greater portion of resilience capacity is explained

Using multiple logistic regression analysis, controlling for factors such as age, income and project intervention participation, these effects shifted based on cultural group, but portions of resilience capacity could still be explained by one or both the GSES and perceived self-efficacy scale.

We also looked at household food security using the Household Food Insecurity and Access Scale (HFIAS), Minimum Dietary Diversity for Women (MDD-W), and Minimum Acceptable Diet (MAD) for children of 6–23 months. Multiple logistic regression analysis found women’s higher perceived self-efficacy increased the odds of her household being more food secure and her child(ren) of 6–23 months having a minimum acceptable diet. No effect was found for GSES on these two indicators. Neither perceived self-efficacy nor GSES were associated with MDD-W.

These results demonstrate why including a culturally meaningful measurement can help us assess program impact and identify where to make adaptations.

Our research team invested time collaborating with interviewers on question wording and validation. Interviewers were either recruited from the cultural groups or worked with trained translators from those groups. Field testing was carried out and final revisions were made to questions and methods, based on feedback received from respondents and interviewers during the field tests.

One of the cultural groups we worked with continues to live in a remote location with low levels of education and literacy and limited access to the outside world, especially the women. Their communication is both verbal and gestural. We did not have interviewers from that cultural group, so it was critical that translators were recruited and trained to appropriately interpret responses. However, we do feel we likely missed key information in the translation and strongly recommend recruiting and training interviewers from the cultural group defining women’s perceived self-efficacy.

##
This research was funded by the U.S. Agency for International Development through a grant from the Implementer-Led Design, Evaluation, Analysis, and Learning activity, also known as IDEAL. 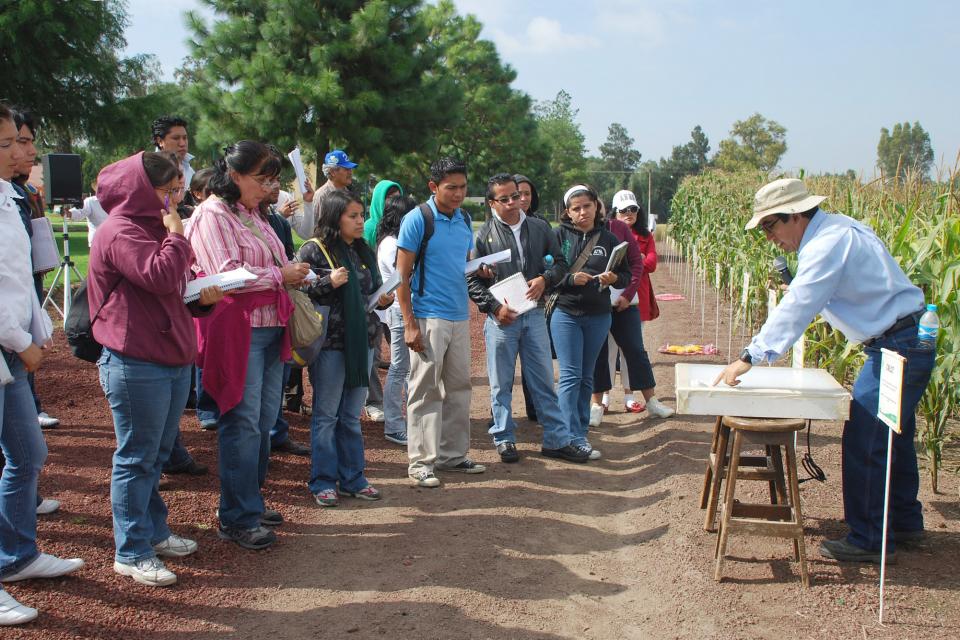 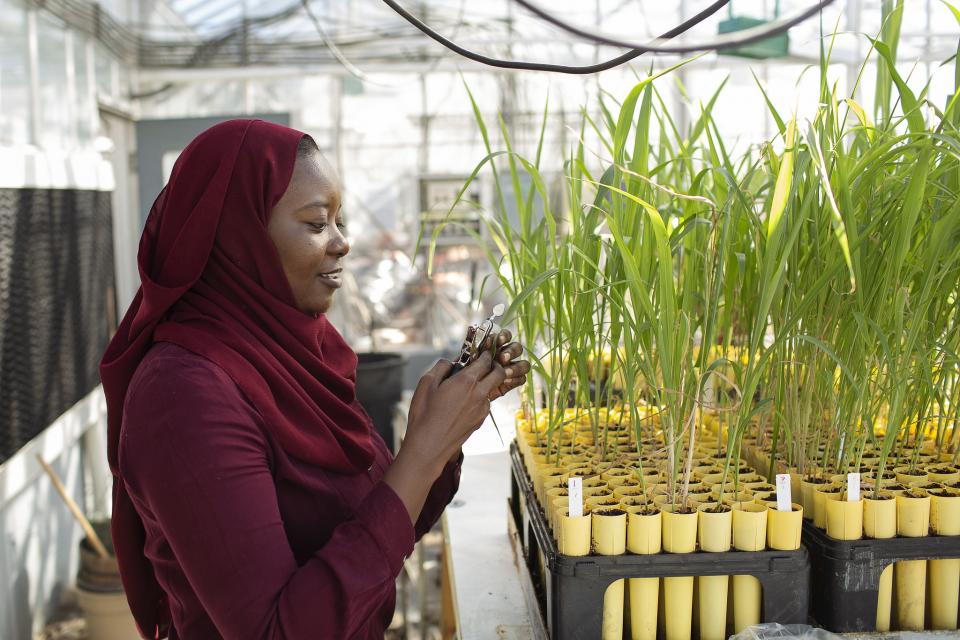 How research stations can be more gender inclusive 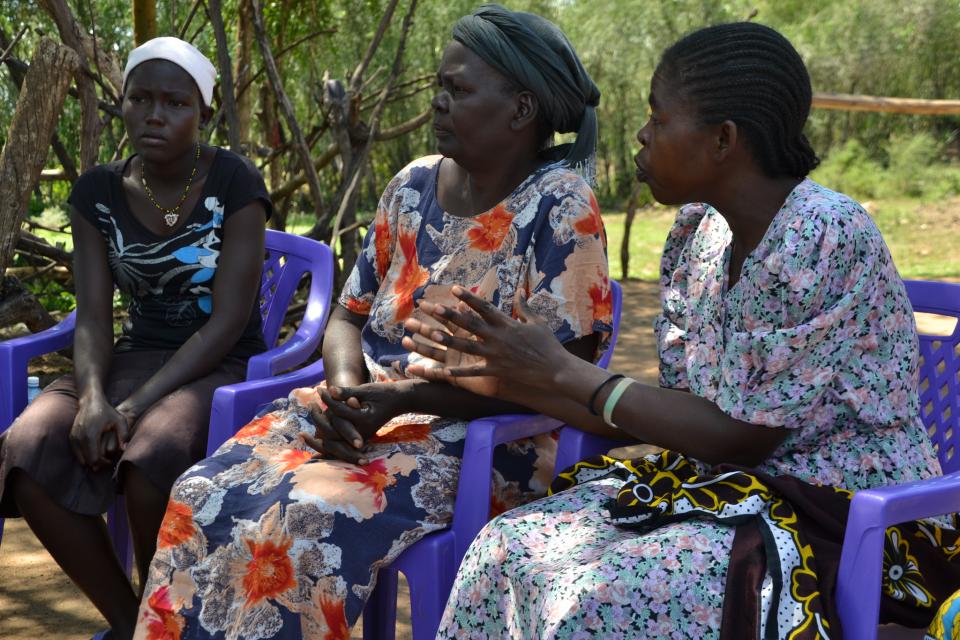